As a Tate Street High Society reader, you likely have a very long reading list. And as as much as you do read, it’s hard to make a dent. Because you’re always buying new books–you read an exciting review or your favorite author puts out a new collection or a friend recommends a novel they love. Of course, we sympathize with your plight, but we’re also here to enable your book-buying habits. Here are five new releases you might consider adding to the pile in 2015: 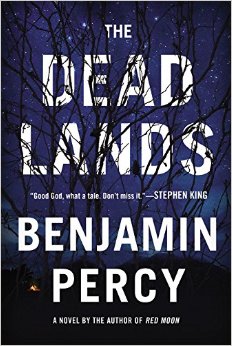 The Dead Lands by Benjamin Percy

About the book: “In Benjamin Percy’s new thriller, a post-apocalyptic reimagining of the Lewis and Clark saga, a super flu and nuclear fallout have made a husk of the world we know. A few humans carry on, living in outposts such as the Sanctuary-the remains of St. Louis-a shielded community that owes its survival to its militant defense and fear-mongering leaders. Then a rider comes from the wasteland beyond its walls. She reports on the outside world: west of the Cascades, rain falls, crops grow, civilization thrives. But there is danger too: the rising power of an army that pillages and enslaves every community they happen upon. Against the wishes of the Sanctuary, a small group sets out in secrecy. Led by Lewis Meriwether and Mina Clark, they hope to expand their infant nation, and to reunite the States. But the Sanctuary will not allow them to escape without a fight.”

Exciting because: Percy showed us his incredible aptitude for blending genres in Red Moon–it will be exciting to see how he manipulates post-apocalypse tropes in The Dead Lands.

About the book: “Spare and unsparing, God Help the Child is a searing tale about the way childhood trauma shapes and misshapes the life of the adult. At the center: a woman who calls herself Bride, whose stunning blue-black skin is only one element of her beauty, her boldness and confidence, her success in life; but which caused her light-skinned mother to deny her even the simplest forms of love until she told a lie that ruined the life of an innocent woman, a lie whose reverberations refuse to diminish . . . Booker, the man Bride loves and loses, whose core of anger was born in the wake of the childhood murder of his beloved brother . . . Rain, the mysterious white child, who finds in Bride the only person she can talk to about the abuse she’s suffered at the hands of her prostitute mother . . . and Sweetness, Bride’s mother, who takes a lifetime to understand that “what you do to children matters. And they might never forget.'”

Exciting because: One of America’s most powerful voices is back doing what she does best–exploring the painful and beautiful ways our lives intersect.

About the book: “‘Whom to marry, and when will it happen—these two questions define every woman’s existence.’ So begins Spinster, a revelatory and slyly erudite look at the pleasures and possibilities of remaining single. Using her own experiences as a starting point, journalist and cultural critic Kate Bolick invites us into her carefully considered, passionately lived life, weaving together the past and present to examine why­ she—along with over 100 million American women, whose ranks keep growing—remains unmarried.

This unprecedented demographic shift, Bolick explains, is the logical outcome of hundreds of years of change that has neither been fully understood, nor appreciated. Spinster introduces a cast of pioneering women from the last century whose genius, tenacity, and flair for drama have emboldened Bolick to fashion her life on her own terms: columnist Neith Boyce, essayist Maeve Brennan, social visionary Charlotte Perkins Gilman, poet Edna St. Vincent Millay, and novelist Edith Wharton. By animating their unconventional ideas and choices, Bolick shows us that contemporary debates about settling down, and having it all, are timeless—the crucible upon which all thoughtful women have tried for centuries to forge a good life.

Exciting because: Personally, I can’t recall reading anything quite like this, can you?

About the book: “A bold, striking new collection of poems from one of America’s most influential and inventive poets.  In Breezeway, Ashbery’s powers of observation are at their most astute; his insight at its most penetrating. Demonstrating his extraordinary command of language and his ability to move fluidly and elegantly between wide-ranging thoughts and ideas—from the irreverent and slyly humorous to the tender, the sad, and the heartbreaking—Ashbery shows that he is a virtuoso fluent in diverse styles and tones of language, from the chatty and whimsical to the lyrical and urbane. Filled with allusions to literature and art, as well as to the absurdities and delights of the everyday world around us, Ashbery’s poems are haunting, surprising, hilarious, and knowing all at once, the work of a master craftsman with a keen understanding of the age in which he lives and writes, an age whose fears and fragmentation he conjures and critiques with humor, pathos, and a provocative wit.”

Exciting because: Hey, new poetry is always exciting, isn’t it?

About the book: “Scout (Jean Louise Finch) has returned to Maycomb from New York to visit her father, Atticus. She is forced to grapple with issues both personal and political as she tries to understand her father’s attitude toward society, and her own feelings about the place where she was born and spent her childhood.”

Exciting because: To Kill a Mockingbird is a timeless classic and everyone has assumed for years that Lee would never publish another book, even if she had written it. And yes, there’s quite a bit of controversy surrounding the decision to publish Go Set a Watchman–from those who suggest Lee would be better remembered as a one-novel author and fear incredible disappointment to those who believe she’s been pressured into releasing the book by her lawyers and publishers. While we fervently hope the latter is not the case, it would be a very difficult thing not to read this book. Even if you wait until the reviews come out, I imagine you’ll want to judge for yourself.

Given the rather American-centric focus of this list, we’ll probably return to the subject with suggestions for international reading. In the meantime:

What books are you most looking forward to in 2015? And just how long is your reading list?

About the Author: Julia Patt 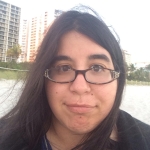 Julia Patt, Contributing Editor, from Chestertown, MD, is a graduate of Sweet Briar College and the MFA program at the University of North Carolina Greensboro, where she was a fiction editor for The Greensboro Review. Her young adult novels—i was a fourth grade zombie slayer and Through Waterless Places—were both shortlisted for Mslexia’s 2012 Children’s Novel Competition, and her short fiction has appeared in publications such as Surreal South ’11, Stymie, and PANK.